DAWN WESTRUM: THIS WAS THE PERFECT ENDING TO A GREAT RACE 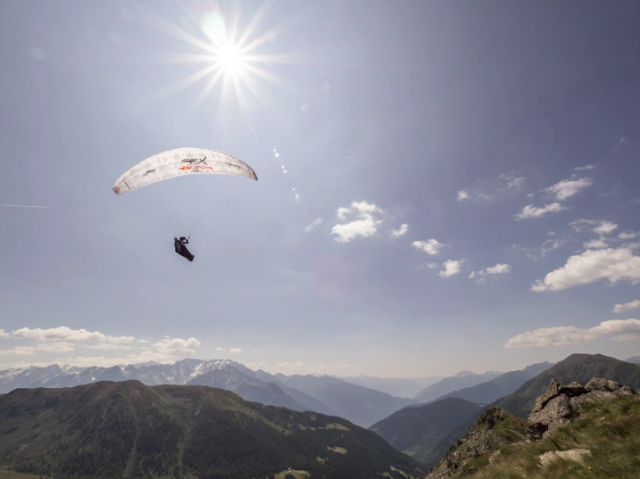 The mandatory elimination of the last ranked team every 48 hours in the Red Bull X-Alps is normally something feared and dreaded by the athletes. But not for Dawn Westrum. It came at just the right time. “It was the perfect ending to a great race,” she said.

The 37-year-old athlete, who's only been flying six years, surpassed many expectations – not least her own – in making it to Turnpoint 7, the Matterhorn.

She adds: “I’m not even disappointed. The last two days have been the icing on the cake. I never thought I’d get this far. I had a great race and got further than I thought I’d ever go.”

”If I did it again I think my flying should be better; so I can make decisions that will carry me along further along the course. A few times I sunk out when I shouldn’t have.”

Dawn has a background competing in some pretty serious adventure races but what makes the Red Bull X-Alps so unique is the weather, she claims: “In other races, whether you're running, biking or kayaking you can push on through the weather, but if it rains here, you really suffer.”

Dawn proved she can keep up with the best of the guys. She hiked 115km in the two-day period when she hiked through the night. She estimates she hiked a total 450km this race. But she finished up in some style, not on her feet but in the air with two epic days of flying over Switzerland, including a 100km flight over the Tessin mountains.

“Yesterday Gerald Gold was 12km behind me. We both launched at same time. We were both flying high at 3,000 - 4000 m. He overtook me and I just thought, 'you know what, this is my last day, I'm not racing, so I flew over the Aletsch Glacier. It was so beautiful and I just hung out there, cruising along.”

Race Director Christoph Weber is fulsome in his praise: “She's proved that she can hike hard and make intelligent decisions in the air. She has proved that women are really strong in this race.”

As to whether one day a woman can win the race, Dawn believes so. “Paragliding is pretty equal, all things considered. For this race we just need to find a woman who’s a really good pilot.”

“But I haven’t been flying that long,” she adds. ”Maybe in a few years…” 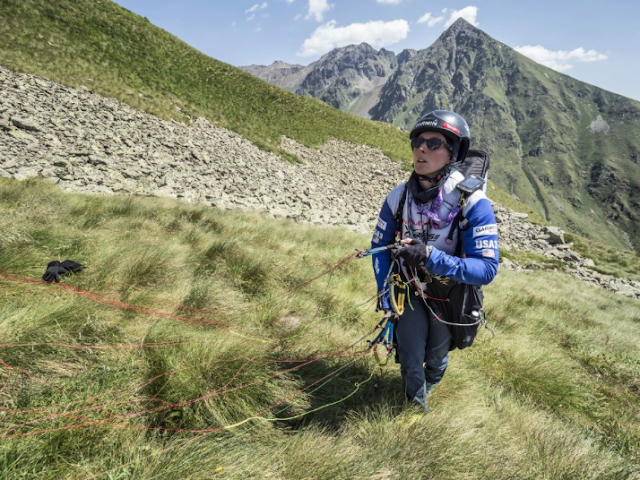