Flying with Friends, and Into the Blue Hole

When I wasn't hiking up the hill to launch, or sleeping to recover from hiking (that Colombian heat was getting to me by week 5!), I was flying.  I was even dreaming about flying...I think I had paragliding dreams for about 30 days in a row!  Come to think of it, I'm still dreaming of flying even after getting back to Utah?!?   I did dial my flying back a little for the last week...meaning that I was flying with the Eagle Paragliding gaggle rather than going off on my own for long solo flights. 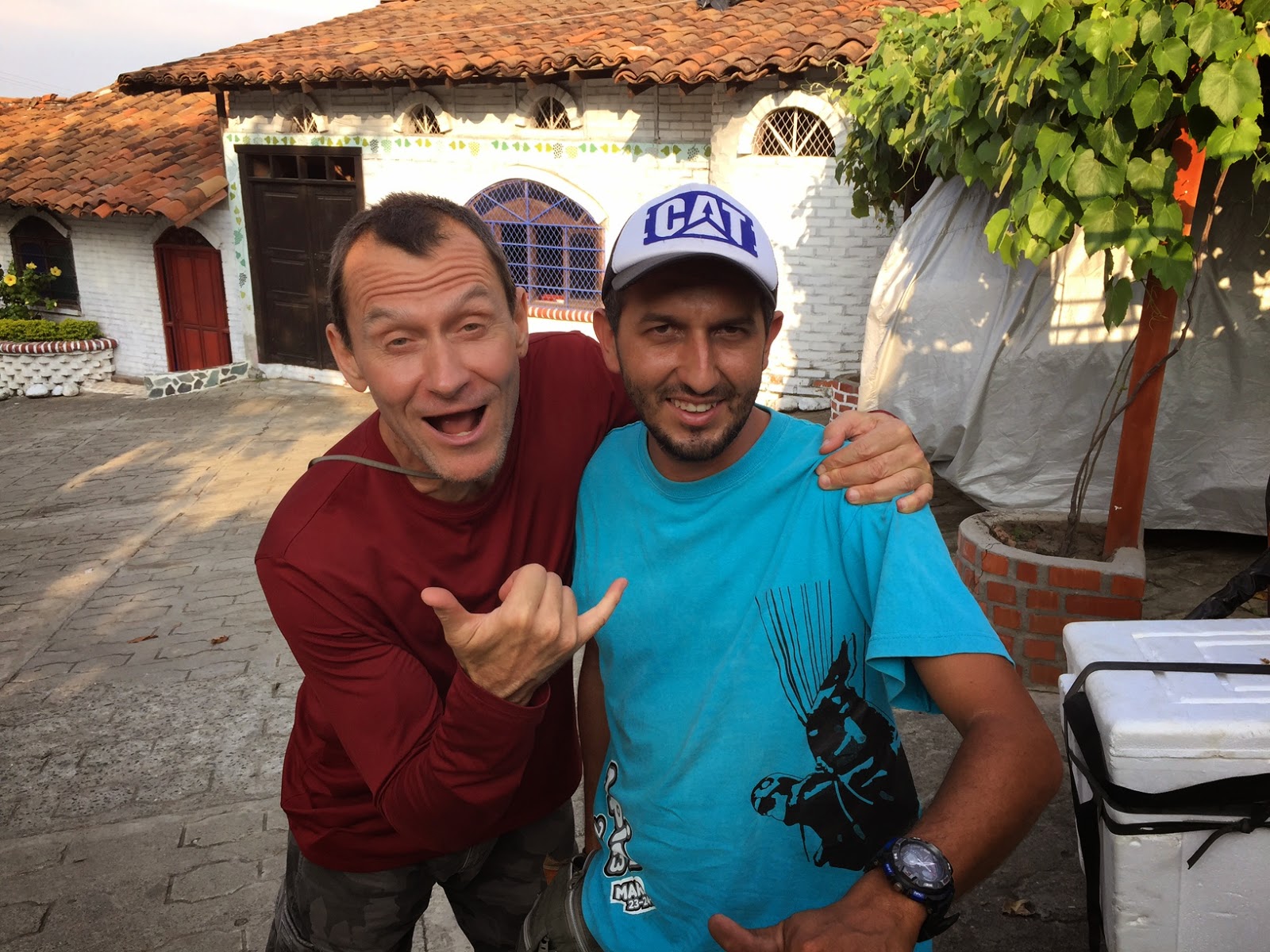 On one stellar day, six of us managed to fly a nice square of the valley and then head up north to Cartago and back.   The lift was so high I climbed to about 10,000 feet, which is the highest I've ever flown in Colombia (and the highest allowed).    The usual suspects came along for the over 5 hour flight, including Jim, Matt Beechinor, and Brian Howell.   The flights of the day, though, came from a new pilot named Rob Golden, who had tripled his flying time since arriving in Colombia (starting with only 10 hours!).   We were all the most excited for John Dudley, who had been flying for years, but who had plateaued a little  with his XC skills.  This was officially his longest and furthest flight, 60 km in 5 hours, 7 minutes and 36 seconds!  He was very excited :) (Dudley and Flacco pictured above)

The very next day I went south on a light but punchy day with Rob Milley, who was on the Eagle tour and hankering for a big flight.   Everyone else seemed busy getting low and flying tandems (or both), so Rob and I stayed in the mountains and went about 30 km south, then crossed the valley near Tulua.   We managed to come back north a little ways before the west wind came in, and it came in with a vengeance.  I had picked out a little traffic circle to land in, but after hovering over it in strong winds, I decided it wasn't nearly big enough!  With a tweak of my brakes, I flew a little backwards to land in a cane field lane instead...at least then I didn't have to worry about traffic!

I did have a nice solo flight as well, heading up to Ansermonuevo for an attempt on a big flight to the
north.  Alas, it was shaded out further north, and with a south wind, I was unable to escape from Ansermonuevo to get back Roldanillo again.  I think we'd all agree to call Ansermonuevo a big blue hole.   It's a lower launch site, and it is absurdly hard to get back out of there once you dive into it from bigger mountains around it.  Not sure why even...the terrain isn't that bad.  Anyway, I ended up landing a few miles out of town, and I added a few more miles onto my daily hike up to launch by walking into town on a very hot afternoon.  Don't ask me why I didn't just catch a bus...I don't know either.
Once I got into town, I had a long wait to find a bus back to La Union, but eventually one came by.   It then stopped in every piddly town between the two, so I got a donkey's view of the terrain I had flown over (much more quickly) just that morning.  The bus even stopped at a police checkpoint, where the soldiers made just the men get off the bus...I guess they were checking to see if everyone had completed their 18 months of military service.

That's all from Colombia this year.   Now that I've gotten my hot weather training in, I'll be back into cold and wet weather outings from here on out.  I might even do some night training...I want to try out my headlamps provided by Black Diamond!   Mostly I think I'll be spending a lot of time on South Side of Point of the Mountain....it's a chance for me to do multiple flying and hiking laps of the 200 meter hill.  There I'll be able to really dial in my gear and get really good at packing and unpacking it quickly. 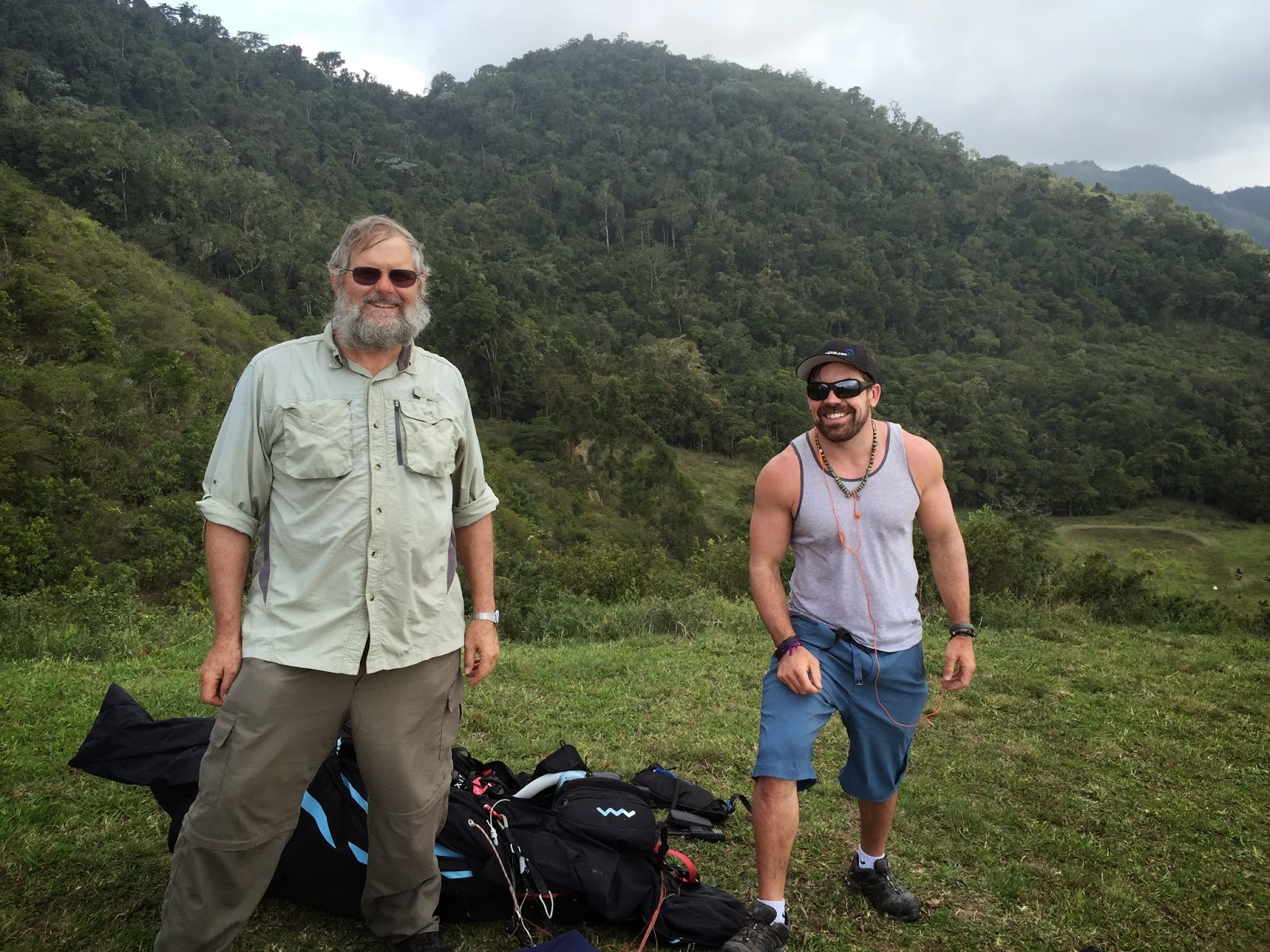 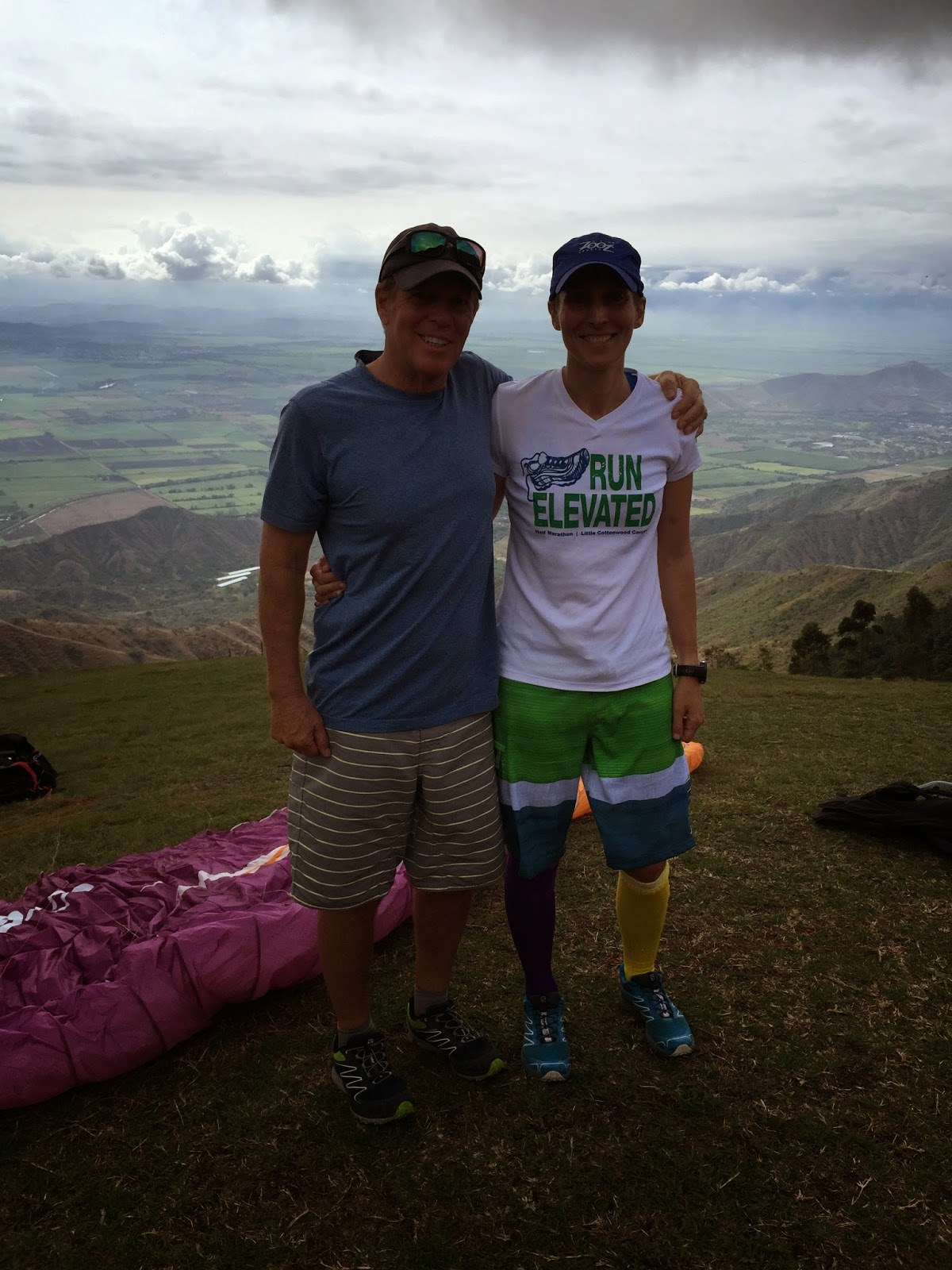 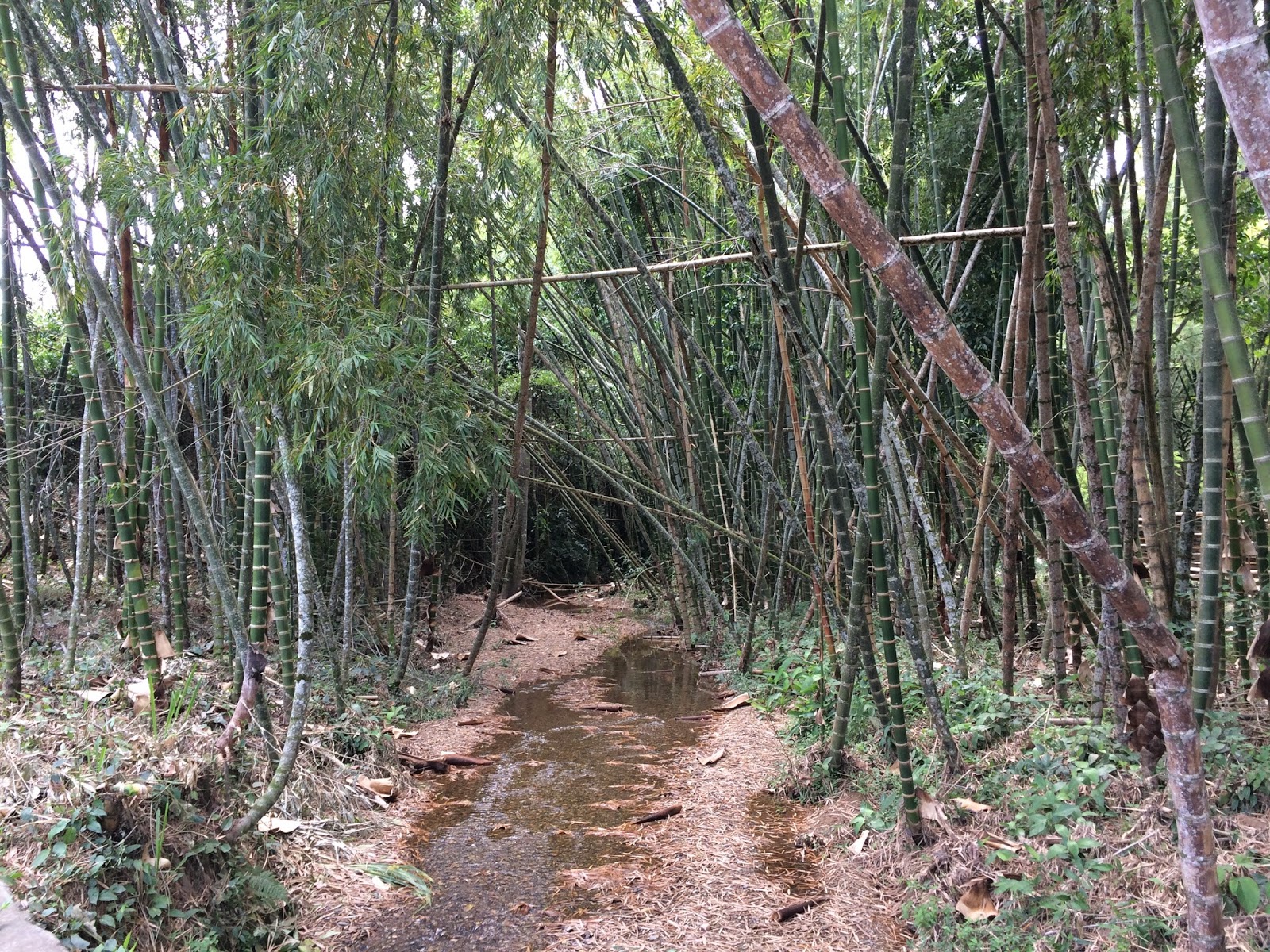