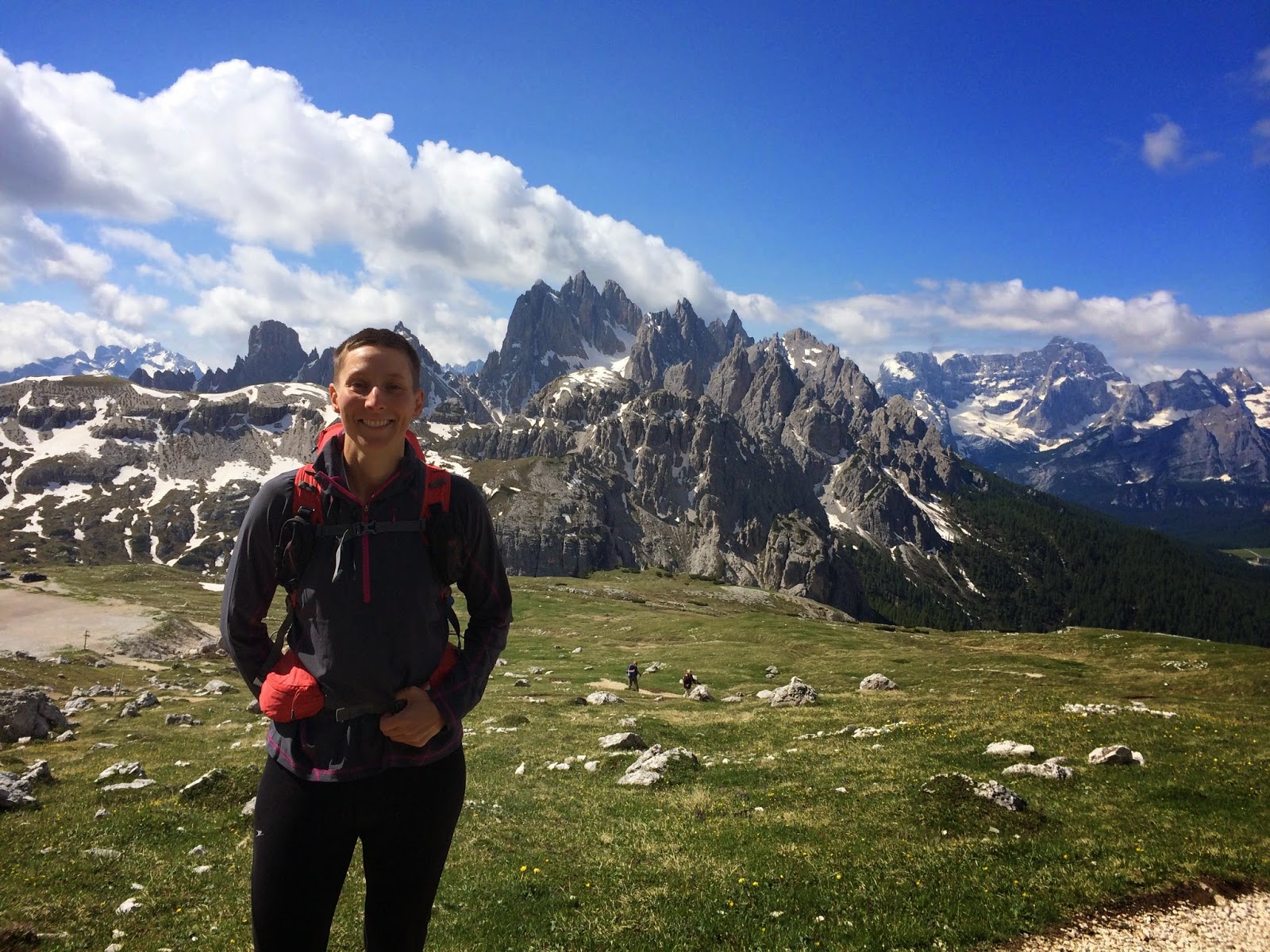 Visiting the Tre Cime again was a blast from the past.    My very first trip to the Dolomites was to here, let's just say a long time ago!  Back then,  I didn't know the word Via Ferrata and didn't realize how many cool routes were hidden in the cliffs.

The Dolomites are always stunning, whether in clear blue skies or when they are teasing the views with clouds drifting around the base.   We had to survive a little rain overnight, as usual, but finally got a good day to go explore part of Italy.

Around the Tre Cime there are four great routes, too many to do in one day, and it's hard to choose.  For more information, see the book Via Ferrata of the Italian Dolomites: Volume 1.   We decided to climb the route behind a large hut called Cime Locatelli, reluctantly passing up the another route through tunnels under Monte Paterno. 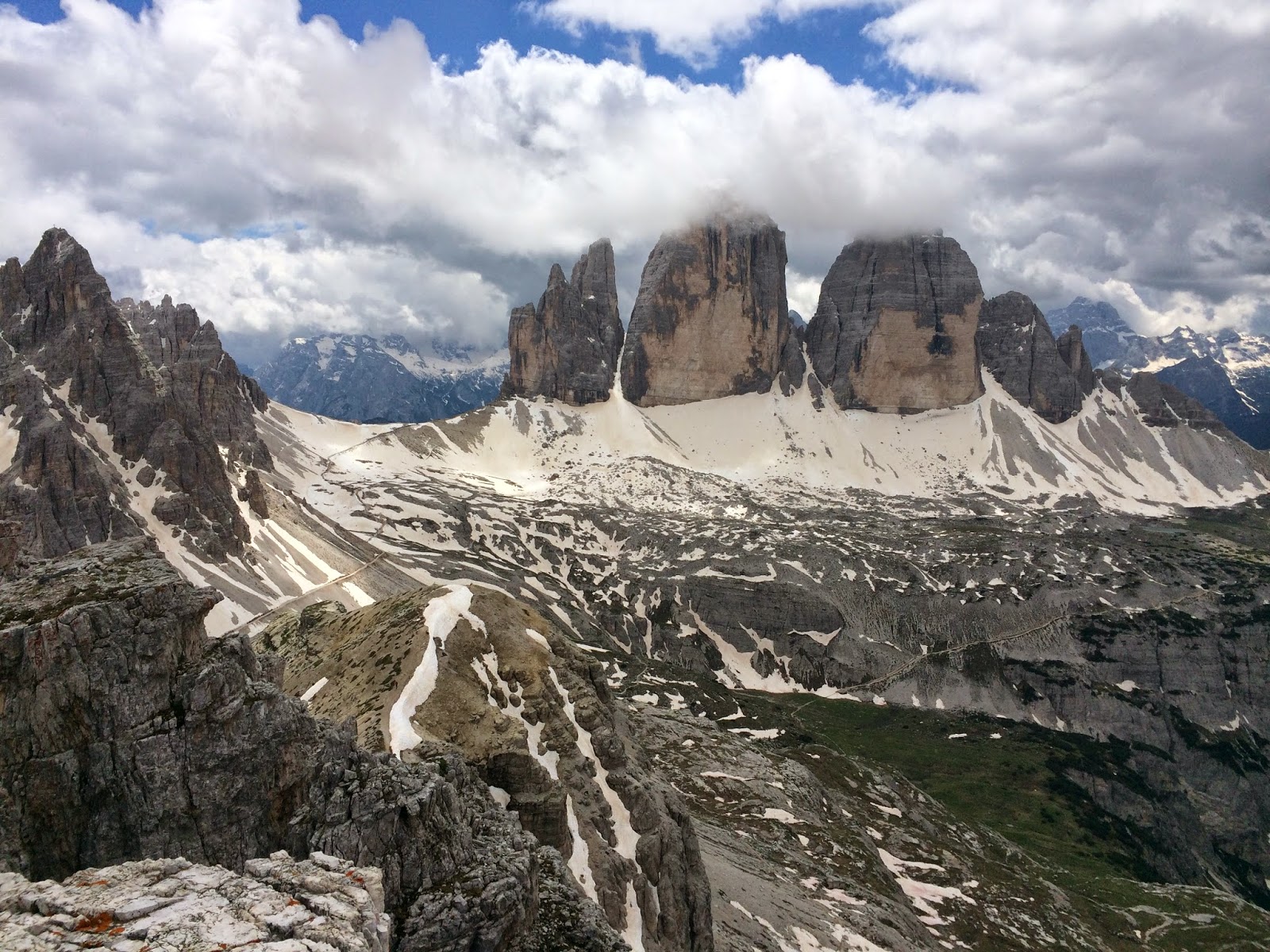 The peak we climbed is just a finger of rock called Torre Toblino.   There are two routes to the top,  the northern side a little more difficult, but with great views and some exposure.  That's normally the way up.  The route back down is hardly a ferrata, just a lot of cables to help walk down the steep eastern slope.  These routes are called MISUR 2 and MISUR 3 in the book mentioned above.  Either way you get up, the views are amazing from the small peak, in every direction.  We even stopped on a ledge halfway up for a sandwich.  There's nothing like being clipped into a cable sitting over thin air to get the appetite going!

These routes were created during the Mountain War of 1915-1917, and Torre Toblino was used as an Austria observation post.  The soldiers could only climb the routes under cover of darkness, using wooden ladders.  I'm sure that was a little more excitement than we had using new iron ladders and solid protection!   Many of the newer via ferretas owe their existence to this region and this war creating the need for such wartime inventions, and it was cool to see one of the originals.

This was Jim's second via ferrata  (I may have given him too hard a one for his first!) and he enjoyed this one a lot more.   He even started talking about gear which means he's getting hooked on these things!  But I'll stop talking now and let the photos speak for me...what a fabulous day for views of the Dolomites! 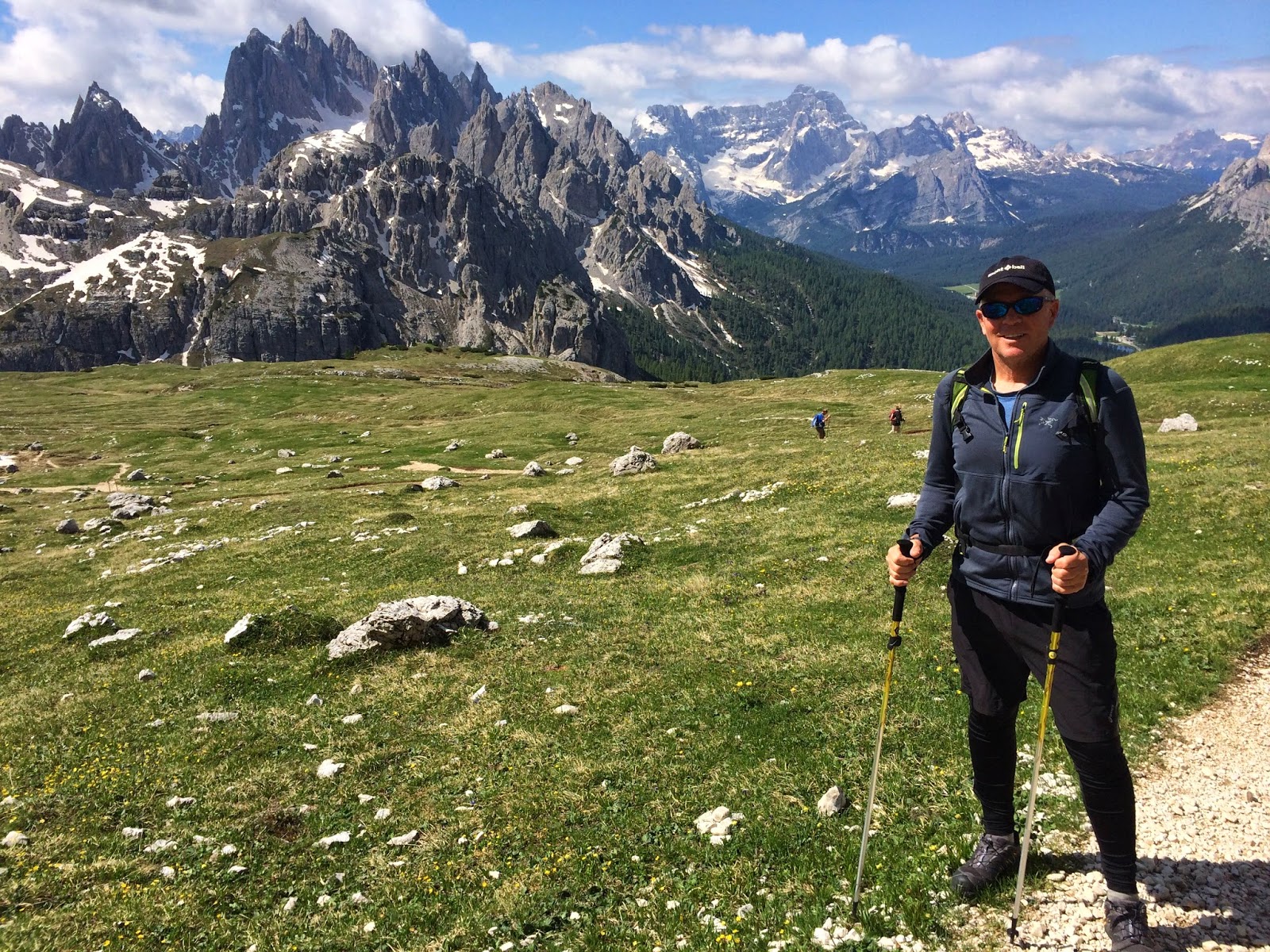 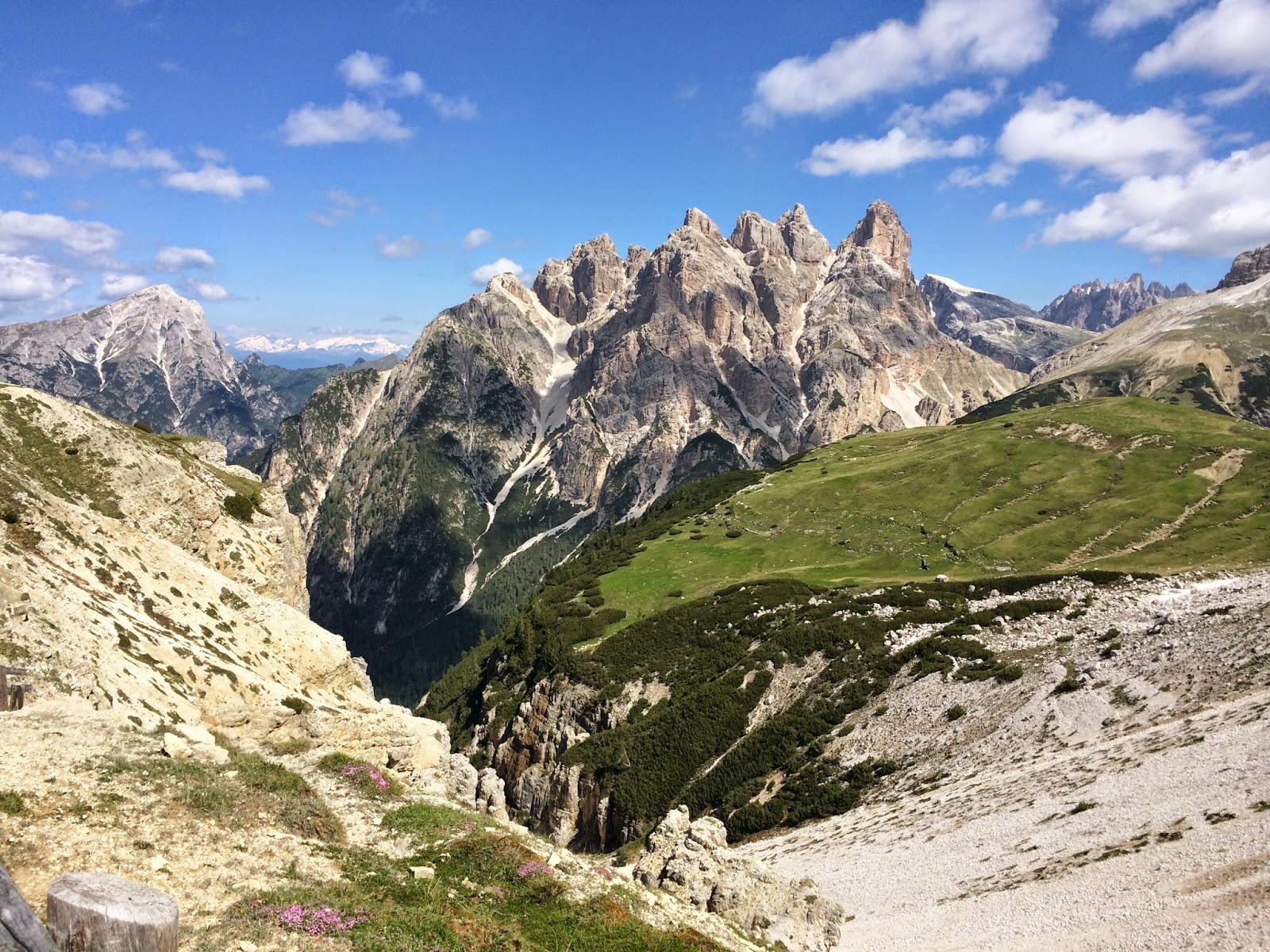 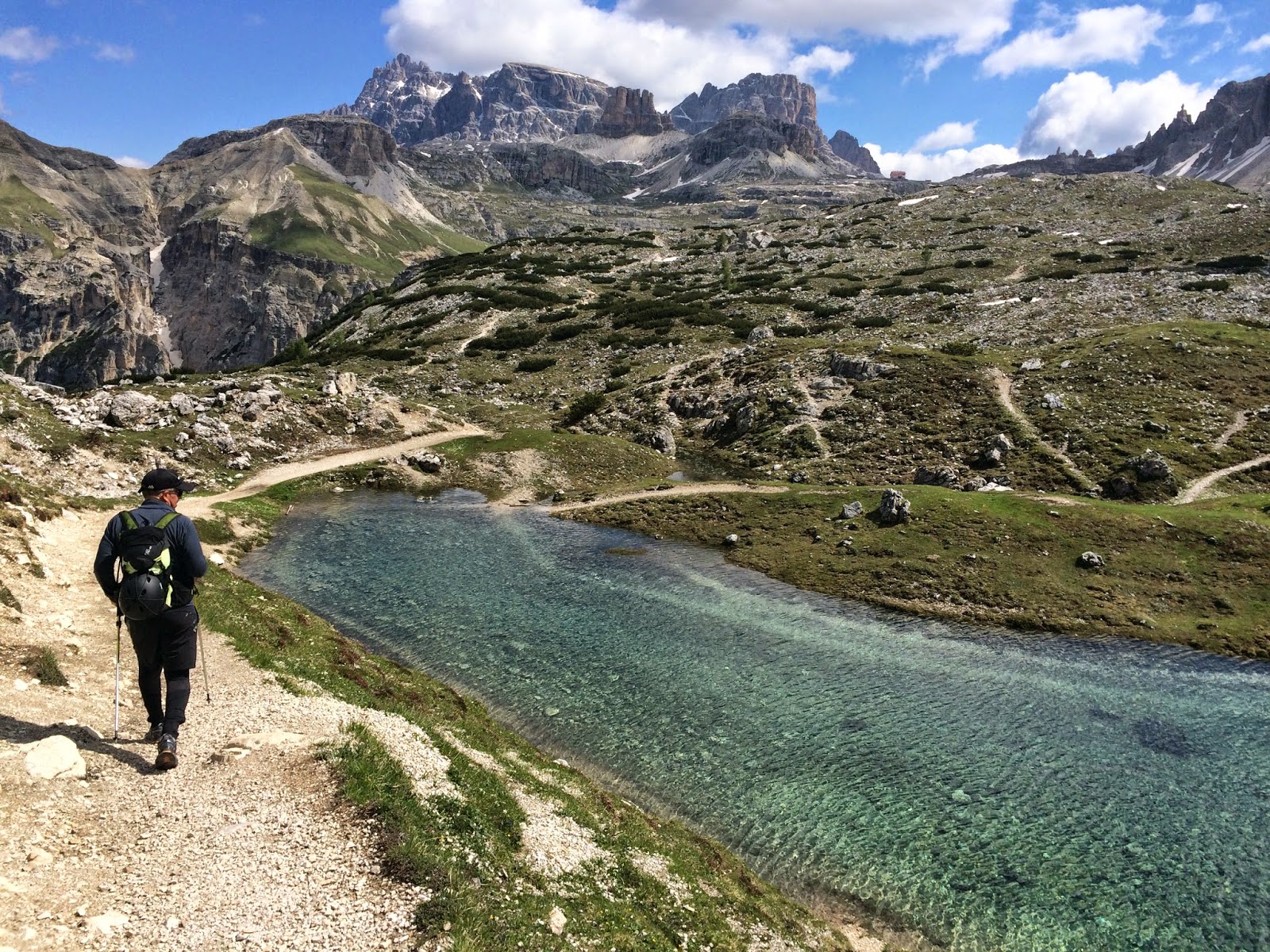 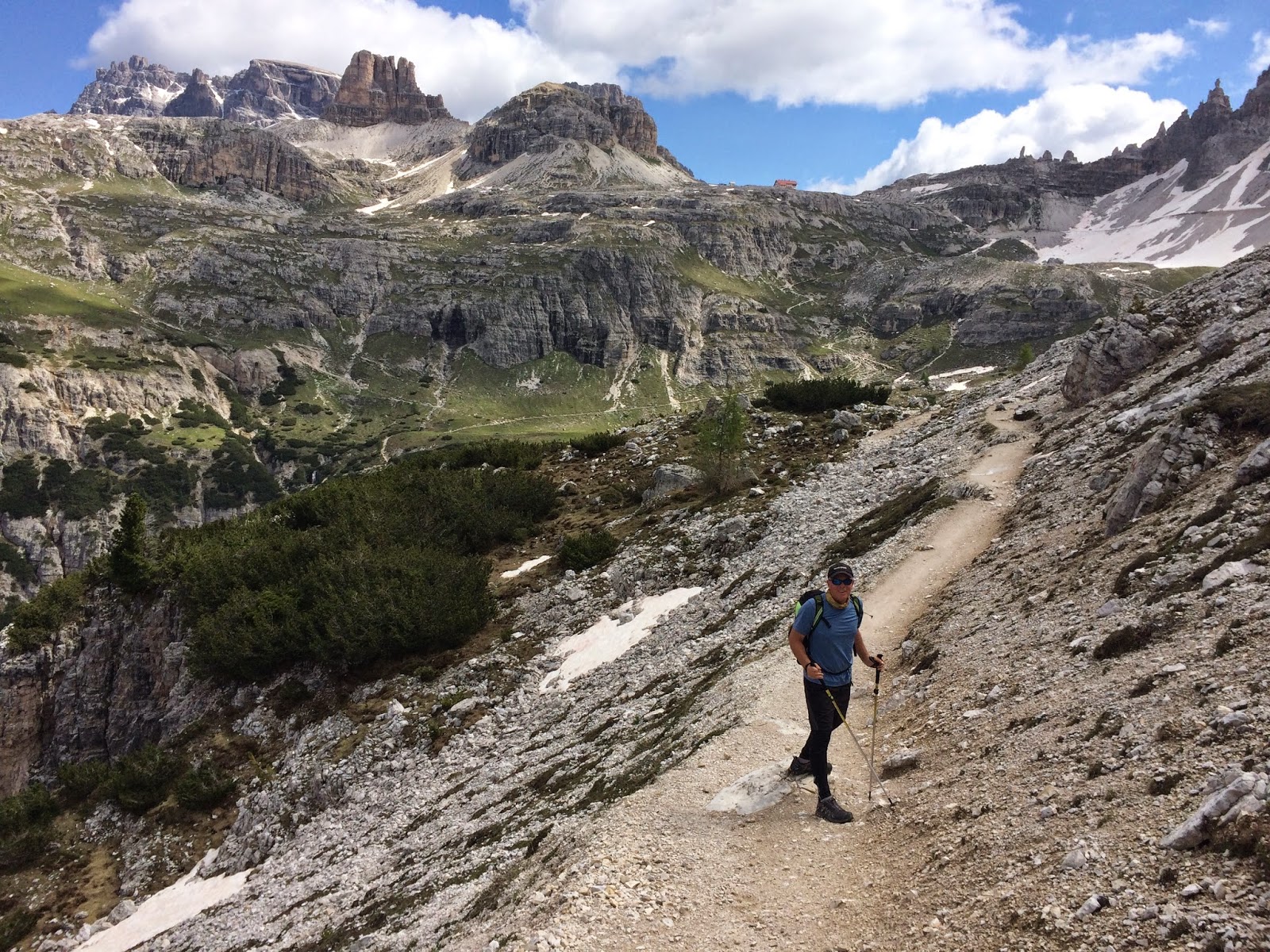 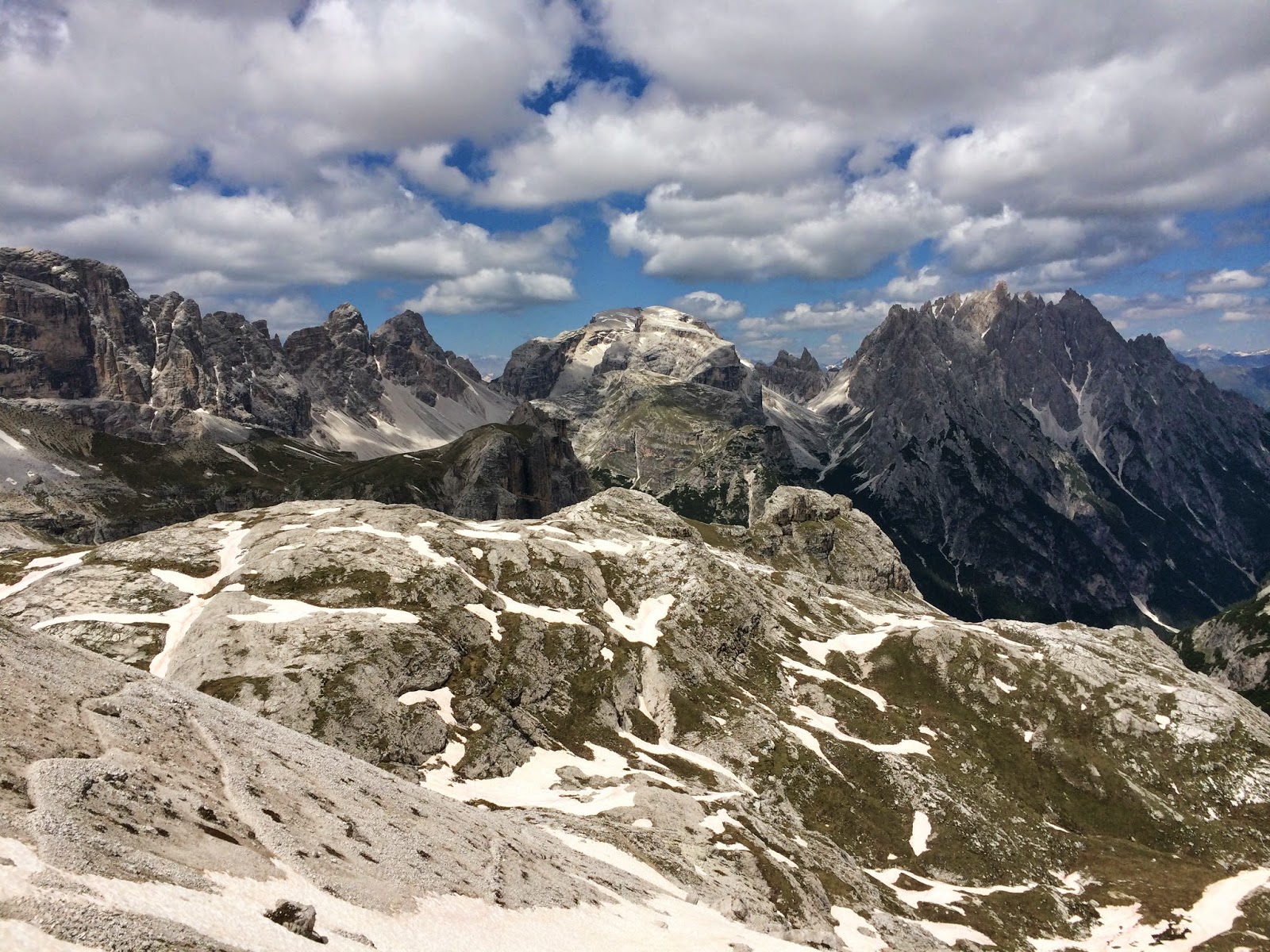 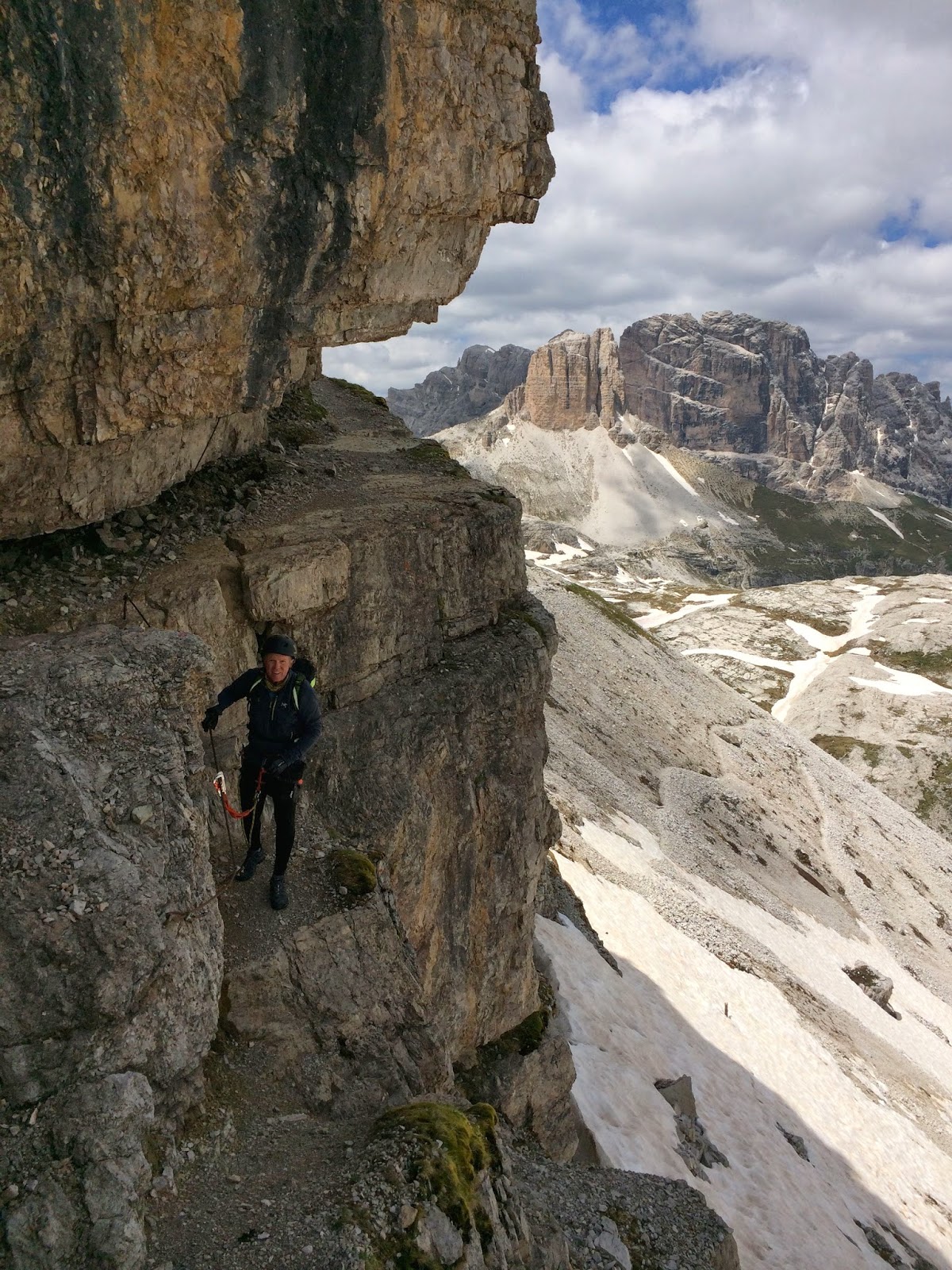 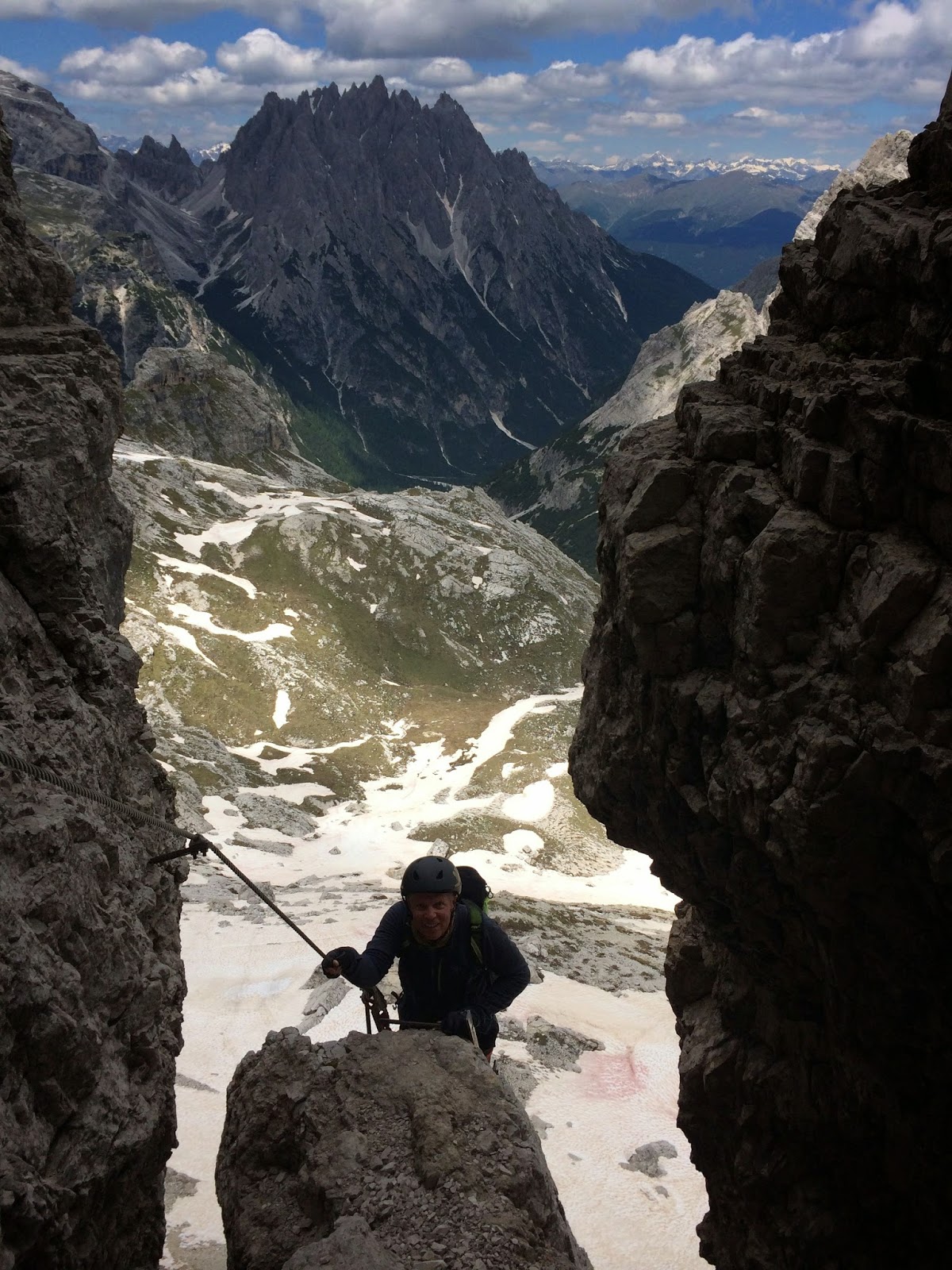 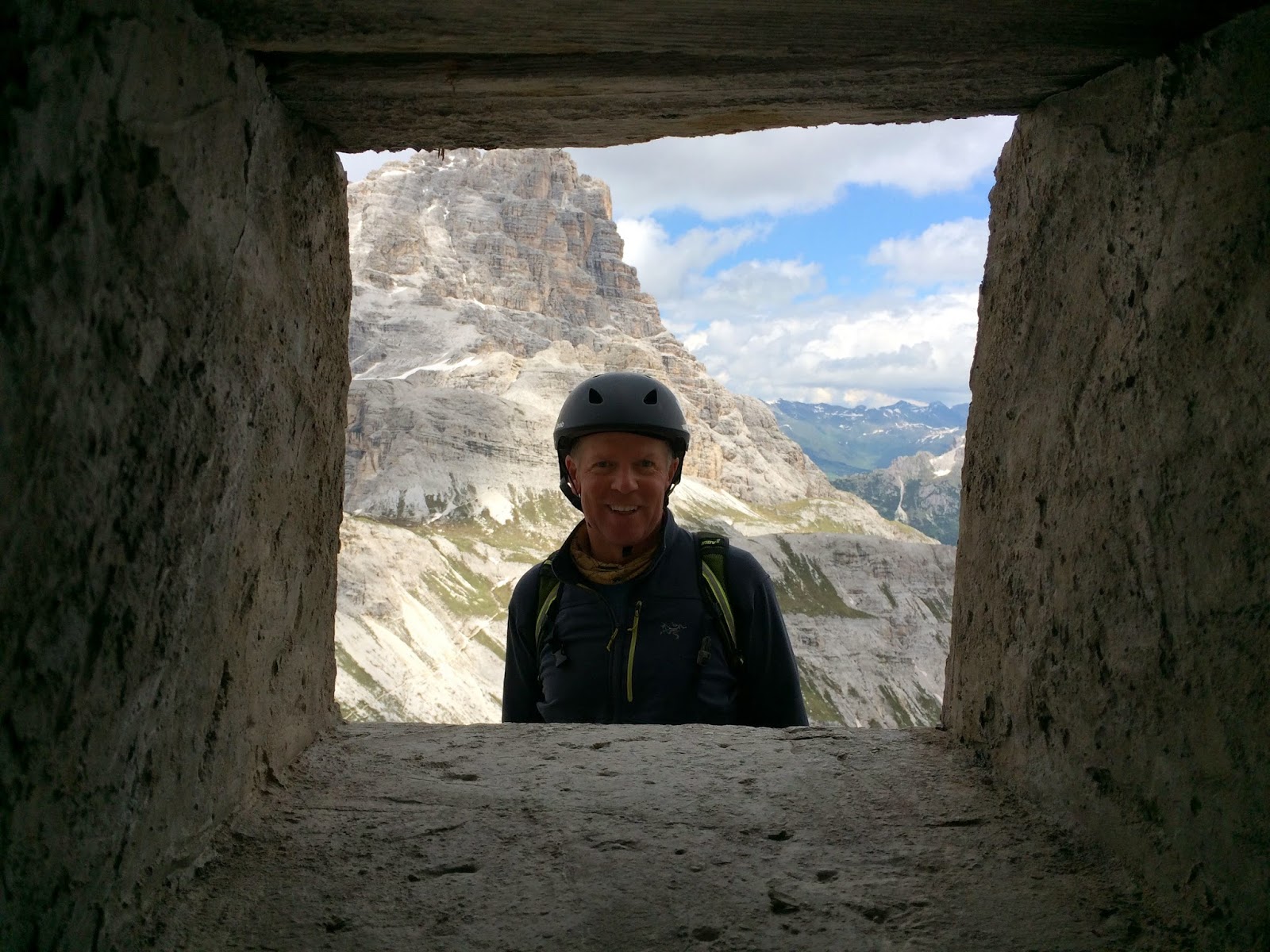 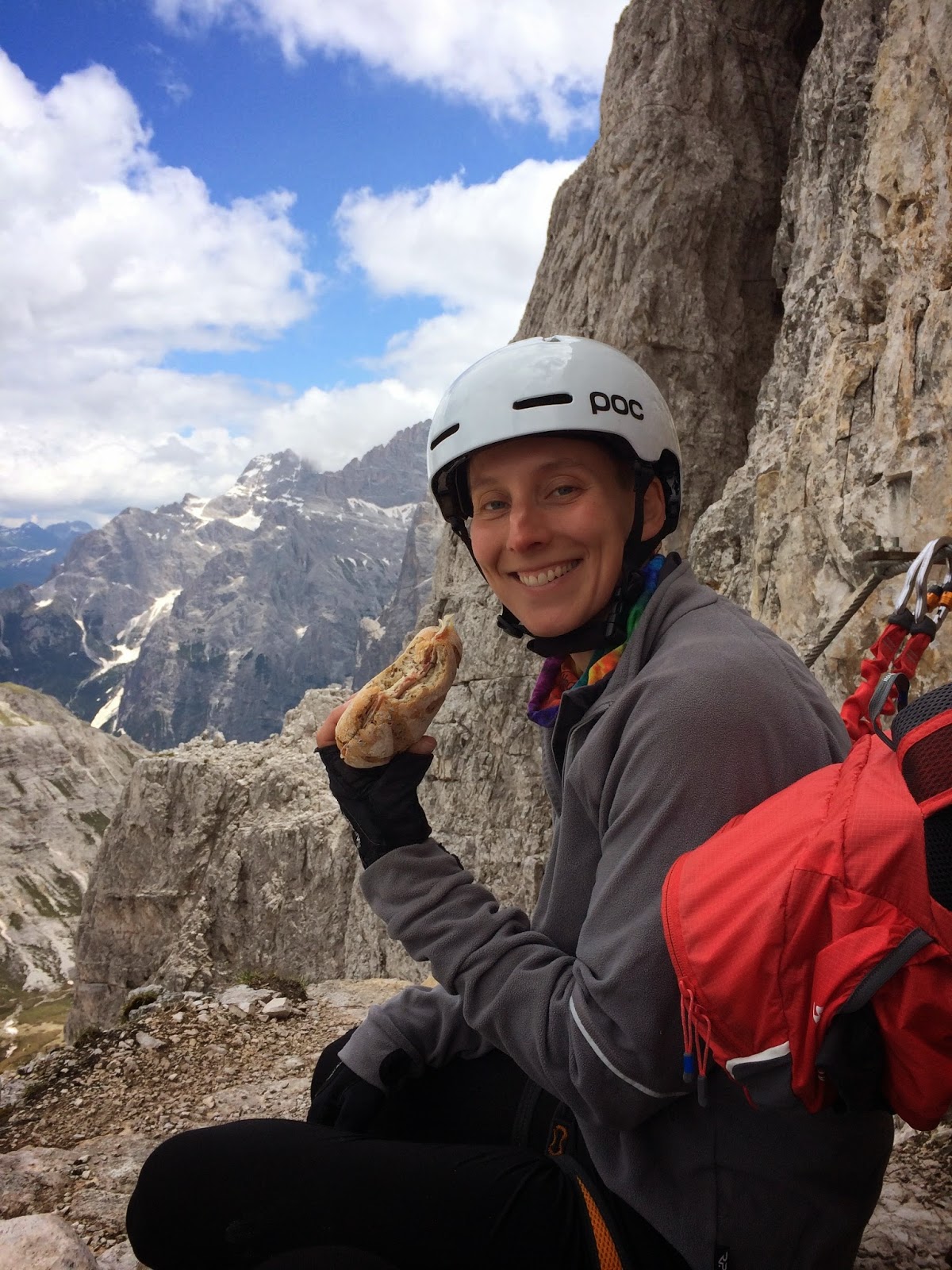 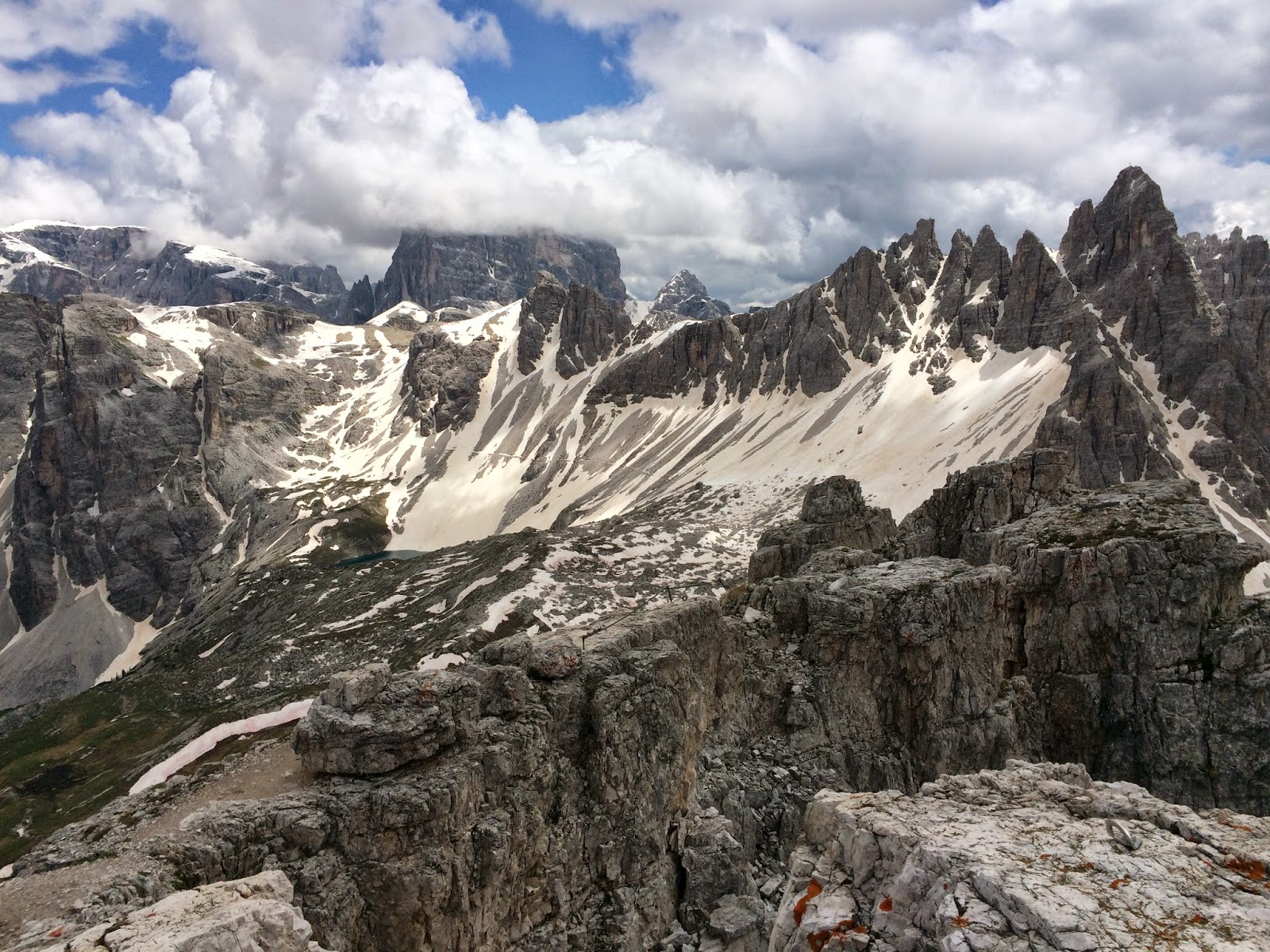