England is bigger than I thought when I got here.   Mostly that's good, because there's a lot to see and discover.  But also bad, when it comes to races which are just a little further away from home than I really want to travel.   But with only 3 months left to live here before moving back to the States, surely that is justification for a little more sightseeing before I leave?   In any case, I had never been to the South Downs, and the Haglofs Open 5 race down there gave me a reason to visit.

See a little video about the Open 5 Series here

It was close, but my car managed to fit 3 bikes, 3 people, and assorted gear inside for the trip down from Harrogate.  After collecting Tom and Rosemary in Leeds, we were on our way late into Friday night.  Making a weekend of it allowed us to have a leisurely ride around the area on Saturday to give us a feel for the location.  I don't normally recce any races, but I must say it was nice to actually have time to stop and admire the terrain rather than rushing through it.  We even had a chance to see some huge pandas on top of Black Downs hill!  (Tom informed me that they were actually some sort of black and white striped cow with a long name).  A photo of said pandas is on Rosemary's Blog. 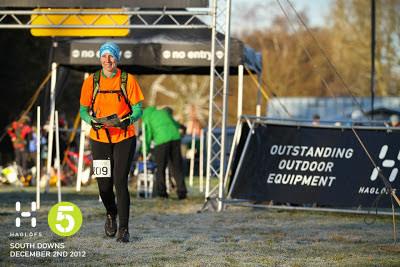 Anyway, the weather for the weekened was gorgeous.  Cold but clear, sunshine and frost.    Unfortunately not enough frost to freeze the mud puddles solid, but at least it hadn't rained for a few days and they weren't too bad.   The terrain was really pretty, lots of holly and rhododendron trees bushes? to make everything look green even in the middle of dead winter.   The hills were small, but the multitude of tracks and trails make the navigation pretty detailed.

My race went really well until it all went bad.  Evidentally I have a problem with the 4th hour of racing.  In retrospect, my brain just doesn't function that well in regards to decision making when trying to go fast.  Anyway, I started out running, as usual, and had a nice round of not getting lost and getting back to transition within shouting distance of two hours, which is always my goal.   Near the end of the run, I was just arriving at a control when three blokes looking lost also dibbed into the checkpoint.  Since they came come the opposite way I had, when they started following me back the way they had come, it seemed a little fishy.  I asked them which point they were looking for, which turned out to be where I had just come from.  They were going the wrong way, which seemed to be a trend for them as they had just spent 45 minutes looking for the control I had just led them to!   My hurried directions went something like "bash north until you hit a fence, follow it left, and then through the gate".   At any rate, they went away and I went to transition. 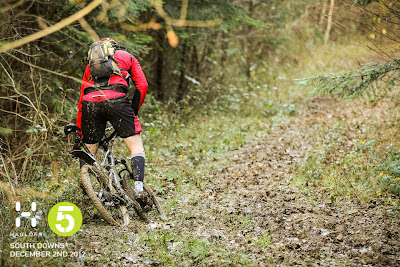 My bike tires weren't flat, always nice, so the bike started off well.  I zoomed down from transition to the first couple controls (do you sense a hill at the end?), and managed to collect quite a few in my first hour.   Just the opposite from last month where I was bogged down and panicking at my slowness.  I guess at that point I got a little greedy and tried to do too much.  Perhaps I was just yo-yoing from last month, where I was finished a few minutes early and passed a control which would have gotten me the win.   This time I thought I would take a chance on some high points and gamble, passing up some easier, lower points nearby.  I gambled a bit wrong, didn't get the points, and still got back late.   Oh, and that last hill was a doozy.  Not really a surprise since the transition was on top of the tallest hill around!

I came back 7 minutes late, but that seemed to be the trend of the day.  Tom and Rosemary were also back late, much later, losing 45 points!  That didn't stop Rosemary and Lucy from winning their class with ease, congrats to them.   It was 2nd place for me by a close margin, another frustrating end to a really fun race, but that just means the race is on next month!   What's a race without some great competition, anyway?   Just a jog in the park. 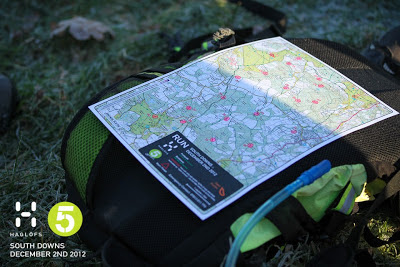 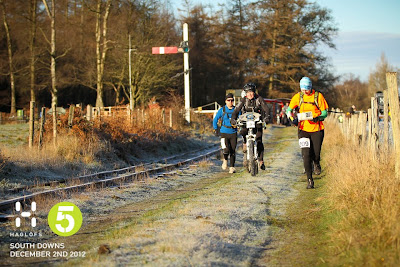 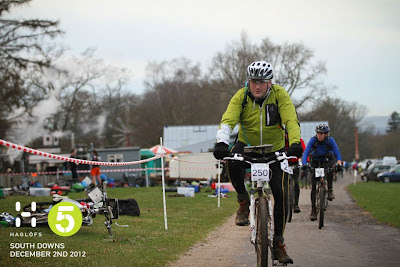 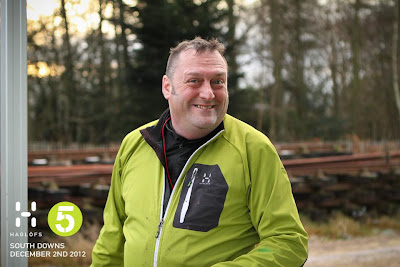 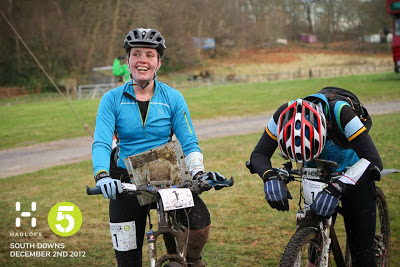