The opening race of the Haglofs 2012-2013 Open 5 Series is now in the books.  Many of us have been waiting immpatiently all summer for these races to start up again...short, sharp, great competition, and smooth organization.  What more can you ask for in a race, really?

Since Open 5 series races are spread around the whole of the UK, the first one required the long drive up to Scotland.   This would only be my 4th visit up there, and Tom was willing to share the drive up, so the time went fast as I saw more new scenery.  Even the weather cooperated, sunshine and calm winds making us squint up at the hills as we arrived at the start hall.   Come to think of it, the weather for these events is either really good, or really, REALLY bad....perhaps that's the nature of a winter series.  There were chunks of ice in all the mud puddles, so although the sun was shining our feet were very cold.

The Pentlands is a tiny area of wildness on the edge of Edinburgh, barely far enough way from the motorway to be quiet, yet rough and tough as any fell I've run on.   Rosemary Byde was the guest course planner for the event, commuting from her flat in the city to find exciting places to hide the controls.   And a wonderful job she did too (especially as I ended coming back on time!) 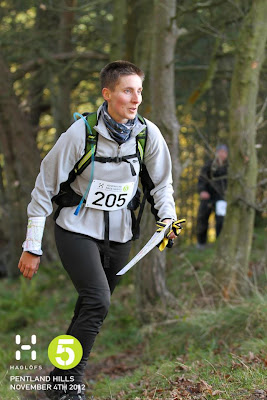 I had a bit of a panic at the starting line, when I really just didn't want to start.  I think mentally it just meant the line between when I was studying the map and all things were possible, to the time when I could potentially get lost, muddy, crash, come back late, or even have perfect race.  Perhaps I was used to racing these events with Sarah, and something just didn't feel right about going out solo!   I got past that "failure to start" moment, and headed off up the narrow lane into the hills, sharing it with cars, bikes, and a few ponies.   The run went really well, I have to say.  I collected all the controls I planned on getting and was back within 2 hours.  Although I came back a little dirtier, after butt-sliding down a steep hill on the grass, and then slipping in the mud.  After regaining my feet I must have looked like I had rolled in red clay....and I wasn't the only one.

Back out on the bike, I choose the hardest sections first, knowing that I could always zoom home on the roads on the back half of the circle if I was late.  Unfortunately most of the high value controls were on the backside of the circle too!  The trails started out really terrible...steep, boggy, and mostly unridable.  I was pushing my bike, cursing the mud, and wondering if it would ever get better.  Where were all the nice trails everyone was raving about?!?!   In the meantime, I spent 1 hr 40 minutes of my remaining time on the first 1/3 of the bike circle.   The math really didn't add up with that, meaning that I then had 1 hr 20 minutes to do 2/3 of the circle.  Impossible?   I started wondering how many HOURS I would be back late to the finish.... 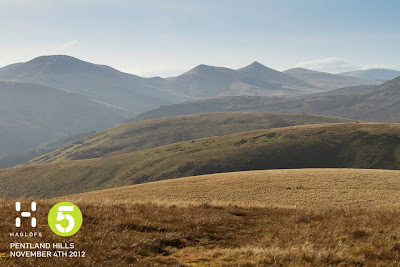 Luckily for me, the trails improved when I reached a reservoir, and I sped along on tarmac and level trails to the bottom half of my route and the highest value control of the day.  Whew.   Although there were still a lot of controls to find and I couldn't afford to make any mistakes.  The land continued to be pretty flat, with fast trails, and I found myself with with possibly enough time to everything I wanted.  Well, not everything I wanted, but everything I could realistically collect!   However there was one off-road section remaining and if it was boggy I knew I would get back late.  I skipped a control immediately, to make sure that I could get back on time, which I did with 4 minutes to spare.

I felt like I had done really well, and I was happy with my route choices in the end.  Much happier than I had been 1 hr 40 minutes into the bike section, that's for sure!   Unfortunately two other female solos were able to best me by just 5 points to push me down into 3rd place.  Kudos to them and the race is on for next month! 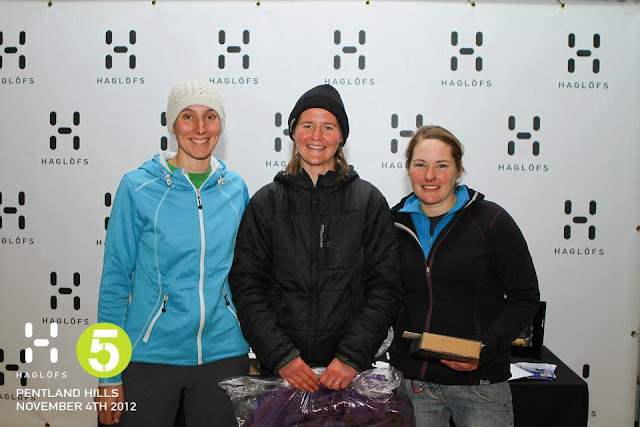 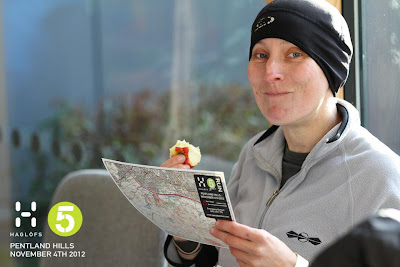 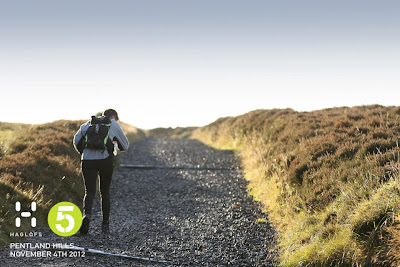 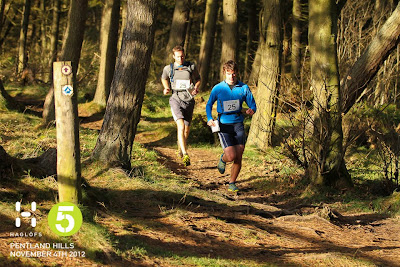 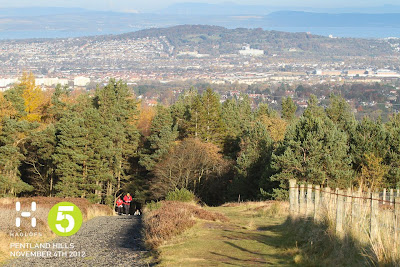